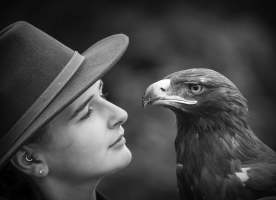 I started working as a volunteer at the centre when it opened in 2016, I was one of the youngest members of the KOA team at the time. After being mentored by Mollie and Nigel King the founding owners of the Academy...I was then employed as Head Keeper until 2022 when the company was handed over to me as the new Owner/Director. Working with these creatures gave me many opportunities including working on films sets such as 'The Sandman' and 'The Witcher'.

Ever since my first day I have been hooked!

Working with these amazing birds and animals is a pleasure. I feel honoured to have them by my side day to day. I also wish to inspire more young people to work in this industry and show them the beauty of it.

My background includes working with livestock and horses, I also took a great interest in exotic animals such and reptiles and amphibians. To the point I worked in Madagascar as part of a conservation project studying lots of unique wildlife such as inverts, fish, mammals, birds, reptiles, amphibians, and plants. One of the best experiences I had in Madagascar is going out of my comfort zone by studying marine life, I loved it so much that I became a qualified scuba diver.

My passion for wildlife developed at a young age as I would often travel across the U.K with family on hiking and climbing expeditions to look for different species. In time I started organising my own expeditions meeting new people to travel with, including taking a trip up Pavey Ark via scrambling up Jack’s Rake in Langdale Valley. Getting to the top defiantly made me appreciate what some wildlife must live in to survive and giving me a great view above of the valley, many birds to be seen over the lake. I often studied garden birds with my dad which lead onto birds of prey. My passion has always been said to be in my blood as my family are known as wildlife enthusiasts. Hello, my name is Beth, and I am the Head Keeper at The Kent Owl Academy. I started volunteering in 2018 after meeting the KOA at an Owl talk at The Kent Wildlife Trust and got hooked!

After volunteering for many years I was named Head Volunteer in 2020, when Charlotte took over I was then given the Head Keeper role.

I have previous experience working with British wildlife and have a great passion for small animals. One of my favourite Owls is Beastie the Boobook Owl as he loves a chat. My favourite thing to do at the centre is flying demonstrations and teaching the public about the amazing animals that we work with here at KOA. 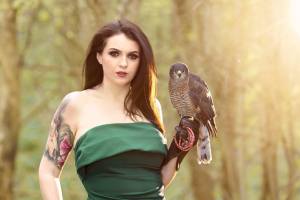 From a young age, Mollie has always had a passion for wildlife, birds of prey in particular. She has a great deal of experience with all types of animals in established working environments. Mollie has have grown up around raptors due to her father being a highly recognised performance falconer. In 2016 she was the owner/managing director of her own bird of prey & exotics centre 'The Kent Owl Academy' in Maidstone. Mollie has had other jobs and roles in the past whilst finishing further and higher eduacation, including High Court Enforcement and retail.  She holds qualifications in Animal management as well as Psychology and Sociology. However, she has always had an underlying ambition to work with birds and animals within the education sector. Mollie dedicate herself to animals and working with them to both learn and conserve.

She has worked at various zoos/bird of prey centres within the UK, including but not limited to Africa Alive and The Imperial bird of prey academy in Essex, where she held the role of operations manager. She has exceeded her own expectations with the progress at the Kent Owl Academy since opening and enjoied watching it go from strength to strength. 2018 has allowed me to reach personal goals as well, including speaking at ZSL London Zoo and forming a lasting working partnership with the Kent Wildlife Trust. Mollie now works at The Natioanl Trust and is proud of what she has done to develop the centre.

Finalist at the 2017 Kent Women in business awards. 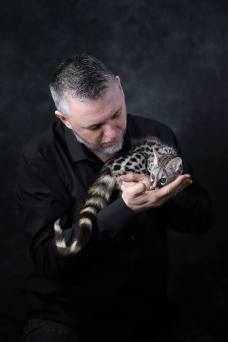 Nigel's passion for birds and British wildlife started at the age of ten and by the age of twelve, he was the proud owner of his first Sparrowhawk. This was the start of his fascination of birds of prey and over the next 20 years- Nigel became an influential and well respected member of the falconry community. He is well known throughout Britain and Europe, primarily due to his knowledge of accipiters. His dedication to falconry has taken him to different countries around the world and he has drawn on the knowledge and experiences of falconers from places such as China, the Americas, South Africa, Turkey, Holland, Germany and France.

From 2004 - 2007 Nigel held the position of Centre Manager at a bird of prey centre in Kent and during the summer of 2009 spent the season based at Africa Alive, Suffolk, with a team of African raptors providing flying demonstrations for the general public.

Nigel has also worked for ZSL London Zoo on their Animal Activities Team.

Nigel has featured on programmes with the BBC and Sky one, lectured for schools colleges and universities and provided entertainment for many different events. One of his highlights of his career so far was the Raisa Gorbachev Foundation Charity Ball in 2007.

In 2016, Nigel handed over ownership of his highly successful business: The Imperial Bird of Prey Academy in Essex to his apprentice, Gary and long serving volunteer, Faith. He now works for an external and very reputable pest control company.

Please find his Linkedin profile below:

We are located at:

If you have any queries or have any questions about our experience days and packages please contact us:

Get social with us. 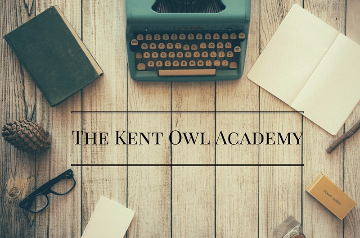